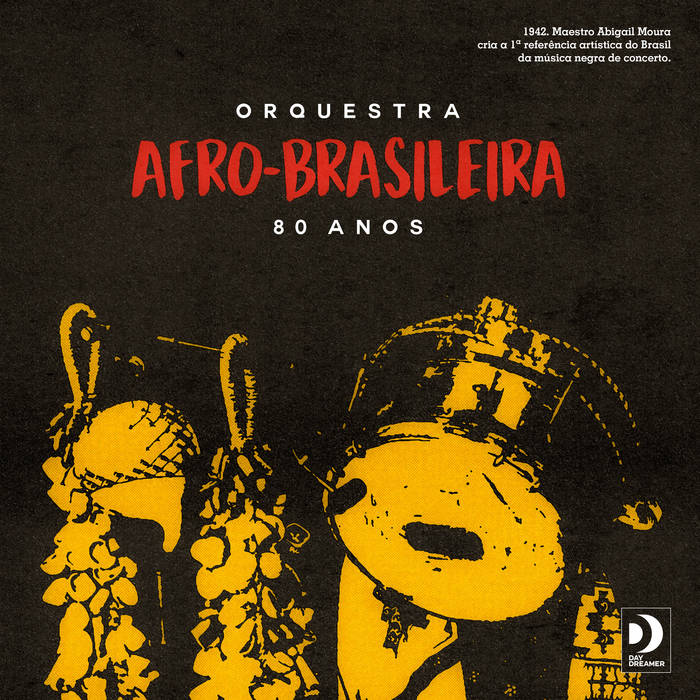 Led by maverick composer Abigail Moura, Orquestra Afro-Brasileira were one of the most influential yet overlooked groups in Brazilian music history. Operating for almost thirty years until 1970, they released just two albums - the first of which, Obaluayê, has recently been reissued by Day Dreamer Records - and left behind a legacy of Afro-Brazilian consciousness that continues to resonate today.

Combining Yoruba spirituality, folk tales, Candomblé chants and West African percussion with the instrumentation of the big band jazz tradition in the United States, the Orquestra placed Afro-Brazilian heritage in a new and vital context. Weaving emancipatory narratives into complex poly-rhythms and powerful, syncopated horn lines, the group educated and enlightened all those who saw them perform.
For Abigail’s protégé and percussionist on the group’s 1968 album Carlos Negreiros, the message of the group’s music had a profound impact: “I became aware of what it is to be black,” he says, “discovering the extraordinary potential of the Afro-Brazilian culture in the making of the national ethos.”
Now the last remaining member of the original Orquestra, Carlos was tracked down by producer Mario Caldato Jr. - whose credits include Beastie Boys, Marcelo D2 and Seu Jorge among others - to oversee the first new album of Orquestra Afro-Brasileira material since 1968.
“I was overwhelmed with the percussive rhythms, beautiful deep vocals and combined energy,” Caldato Jr. explains. “It felt like the most authentic Brazilian roots music I had ever heard. It was raw and dynamic, a pure organic sound and energy. It was a spiritual experience.”

Alongside arranger Caio Cezar, Carlos assembled his Orquestra to record five tracks at Berna Ceppas’ Estudio Maravilha 8 studio in Rio De Janeiro. With percussion, horns and vocals cut in single takes over three days, the session captured the intuitive, pure and natural spirit of the group in full flow.

Following the success of the initial session, five additional tracks were recorded at the iconic Estudio CIA dos Tecnicos in Copacabana to complete the album. Mixed by Caldato Jr., 80 Anos is a contemporary incarnation of Abigail Moura’s vision, bristling with the flair of the original recordings.
“This is an important continuation of the Orquestra Afro Brasileira sound and movement that is still strong and relevant today,” Caldato Jr. says.

Presented alongside Day Dreamer’s reissue of Obaluayê, 80 Anos celebrates 80 years since the formation of the group, bringing its trailblazing legacy into the spotlight for a new generation of musicians and listeners alike.